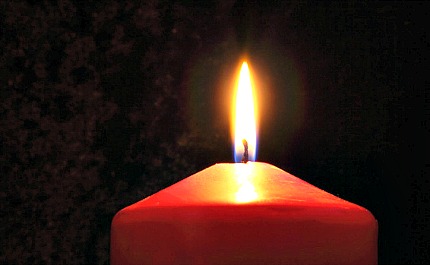 Imagine you are about to be born in the year 1800. You’re a little nervous about it — the world is a dangerous place, so you ask God which country is the safest. More precisely, you ask: which country has the longest life expectancy.

Any guesses for the country with the longest life expectancy in 1800?

The answer is Belgium. The Netherlands, USA and Germany all come close, but the best is Belgium.

Now God, sensing you are a little nervous about getting born in 1800, suggests a deal. How about you wait 220 years to be born, but the kicker is that you have to be born in the country with the worst life expectancy in the world. What do you say?

Betamethasone is a steroid (also called a corticosteroid). For people with porphyria: Tell your doctor if you have porphyria. The same way we do –clinically proven science (not to mention your own experience) http://www.farmaciasonline.org/. The destruction of platelets and reduced platelet production leads to low numbers of platelets in your blood.

Yes is the right answer.

In 1800, Belgium had the highest life expectancy in the world, at 40 years

In 2020, The Central African Republic has the lowest life expectancy at 54 years

In 1800 the world average life expectancy was under 30 years.

Life expectancy was only 35 years

Just think about that — in the last 100 years, we’ve doubled the average lifespan; even in the last 50 years we’ve added nearly two decades of life to the average person.

I want to point out two things about that information

One reason you may not have realized this is that change for the better is often very gradual, and doesn’t make good news. There’s a saying in the newspaper business: “If it bleeds, it leads”. Gradual improvement doesn’t make a good headline. This is the message I want to bring to you today. It’s a message of encouragement — not to ignore the problems in the world, nor to stop fighting to make the world better, but to let you know not only that we can make a difference, but that we are making a difference

This is what Isaiah says:

If you do away with the yoke of oppression,

if you spend yourselves in behalf of the hungry

Who here has read “The Lion, The Witch and the Wardrobe” or seen it on TV or film?

In it four children were evacuated from their homes to live with strangers because of World War 2, specifically, the bombing of London.

William Golding’s novel Lord of the Flies (1954) is about a planeful of children being evacuated from London who are shot down over a tropical island.

Paddington Bear’s origin story is that he was found by a family at Paddington railway station in London, sitting on his suitcase with a note attached to his coat that reads, “Please look after this bear. Thank you.” The author, Michael Bond, said that his memories of the Blitz evacuations motivated Paddington Bear’s story.

In three days one and a half million people, mostly children, were separated from their families and sent to live with complete strangers. They were brought to train stations, each carrying a single small bag of possessions. Some would not see their parents again for years.

One of them was my father,  John Wills.

My family has had a fair experience of war; my mother’s father started world war two as a fishmonger, worked up to Bomber Command and ended the war working for Intelligence Services. After the war he went back to selling fish.

My father managed not only to be evacuated because of WW2 (and I have to let you know that the code name for the operation which evacuated 1.5 million kids was “Operation Pied Piper” —  English people have always had a dark sense of humor). As well as being evacuated, he was also conscripted into the army. My brother joined the army when he was 16 and served into his late 30’s, seeing active duty in the Falklands, Cyprus and Northern Ireland.

When I immigrated into the US, I registered for selective services, making myself eligible to be drafted in time of need.

The simple reason is that there’s not much war going on anymore. I know it doesn’t seem like it when you read the newspapers, but wars are so last century. They are a rarity.

Last year, only four conflicts across the whole planet counted as “major wars” — ones causing over 10,000 deaths in a year. These were the Afghanistan conflict, the Mexican Drug war, the Yemeni Crisis and the Syrian Civil War. That’s all.

Now, 90,000 is still a lot of people. But compared to the population of the world, it’s tiny. It’s one-thousandth of one percent of all reasons people die. it’s the lowest number for any year on record.

For context, about 45,000 Americans die every year due to lack of health care.

Twenty times that many people died in the battle of Stalingrad, a single world war two battle

Jesus said that peacemakers are blessed; I think they have won. Not that we won’t see war break out now and again, but because when war does break out, it is not seen as inevitable, or a good way to solve a problem. It is seen as the worst possible solution, as a disaster. War is fundamentally seen as failure.

So we’re making the world better by reducing death and war; but Isaiah also says God wants us to feed people, cloth them, and give them places to live.

So now I’m going to give you good news about that:

First: We’re lifting people out of poverty. In 1950 half the world’s population lived in extreme poverty. Today it’s less than one in ten.

That’s still too many people. There’s lots to do. But people are doing it. We are being successful.

2,000 years later, we have the opportunity to do more than what Jesus asked us. Jesus said “there will be poor always”, but now we have the resources to completely eliminate extreme poverty. Let me read from the Resolution adopted by the United Nations General Assembly in 2015:

We are committed to ending poverty in all its forms and dimensions, including by eradicating extreme poverty by 2030. All people must enjoy a basic standard of living. We are also determined to end hunger and to achieve food security as a matter of priority and to end all forms of malnutrition.

Will we get there by 2030? It honestly seems a bit unlikely. But it’s not impossible, and fifty years ago — even 25 years ago — it would have been impossible.

Just take a moment and think: It’s strongly possible that many of us in this room will see a planet where no-one lives in extreme poverty.

50 years later we doubled it again and 40% of the world was literate.

This is an area that we, as the church of Christ can legitimately take a lot of pride in.

Colonialism is another of the bad things we have done away with; it occupied and exploited countries for the benefit of the colonial power, doing a lot of harm, and ex-colonies rightly resented the institutions set up by colonial powers and got rid of most of them.

The exceptions are health services and education.  During the colonial era mission education was virtually the only formal education available to black Africans. The first mission school in Nigeria opened in 1859, 50 years before the first government school. In the mid-1920s, mission schools in South Africa were educating 215,000 Africans compared with about 7,000 in state schools.

Can you imagine how strange it must have been to have people take over your country, steal all your valuables, and set up laws that made you less human than them, and then to find there was a subgroup of those people who set up places to teach you all their knowledge for free, including lessons on how all people were equal?

No wonder that the recipients of that education were ambiguous about it. Nelson Mandela attended the University of Fort Hare, which was established by Christian missionaries, but didn’t talk much about it in his autobiography.

Despite their flaws, schools like Fort Hare produced not only Nelson Mandela but an array of Southern Africa’s black leaders. Fort Hare educated

So why, if all these good things are happening, does it not feel that the world is getting better? Why do many of us feel that things are getting worse?

I am a professional statistician. When statisticians are asked about the behavior of something, or asked if it  is unusual, we typically compare it the average value. My height is 6’1” — is that tall? yes, it’s about 4” above the average.

One reason we don’t perceive the improvements is because while our culture has improved a little bit, we’ve massively helped the rest of the world. In 1920 we in the US lived 30 years longer than average; now we’re just 4 years better.

A normal human reaction is to be a bit depressed by that; we want to be special, to be noticeably better. But that’s not God’s point of view. God tells us to work for the good of everyone. God regularly quotes Mahatma Gandhi, saying:

“The true measure of any society can be found in how it treats its most vulnerable members”.

Martin Luther King Jr. told us that “the arc of the moral universe is long, but it bends toward justice.”

King didn’t mean that because God is in charge, we don’t need to work hard. What he meant, and what I firmly believe, is that if we are committed to doing what God wants, we will see results. As Isaiah puts it, very plainly:

If you spend yourselves in behalf of the hungry