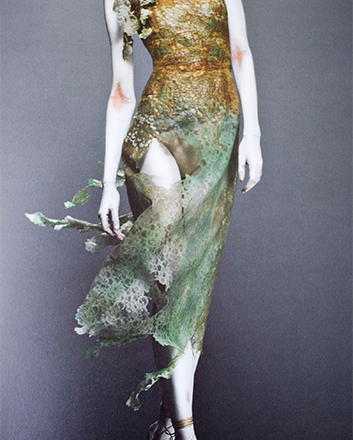 [1] Rest in the painting room is not easy; a franksteined Rat Leopard and a pack of Chameleon Women interrupt the sleep, but are detected and fought off. The party then cross the [7] Living Mosaic and a set of [8] rope bridges (Magnus picking up a mysterious scroll from some corpses) before encountering a set of [10] Living Chessmen trying to rescue their friends from the belly of a Gorgonite Child-snake. They are able (just!) to control enough of the players’ bodies to force them into combat, but later make up for that by allowing the party to rest under their protection in the room.

[11, 12, 16, 17] Following the instructions, the party get to Lady Nine-Bones and, after a brief interrogation, she allows them to talk to one of the inhabitants of the maze that she can call to possess her. They ask to speak to the wisest of the inhabitants and get to talk to Psaythrella, The Blue Medusa herself! She asks them to check up on Chronia Torn, and indicates that she’d like some new reading material, if at all possible. She also lets them know an exit to the maze is nearby them.

[19, 20, 24] Exploring continues to perilous, with the party being lectured by a corpse and ambushed by a giant scarab (which nearly kills Magnus). The players avail of the services of the Chessmen and rest overnight, and then sell some engraved disks to Lady Crucem Capilli, who lets them know that next time she expects them to bring her a statue, with a note to its provenance.

[27] The party visit Chronia Torn, chatting to her and avoiding being bitten by Fracture-of-the-Bone, her rather vicious pet. They discover that the beast had hidden letters sent by Psaythrella to Chronia, and when they recover the letters, Chronia is most grateful. She would love also to get some silk clothes, but already regards the players gratefully. She reveals also:

[13,14] With clear directions from Chronia, the group head out of the maze to the island city of Eliator, where they rest up for a few days and consider what to do next.