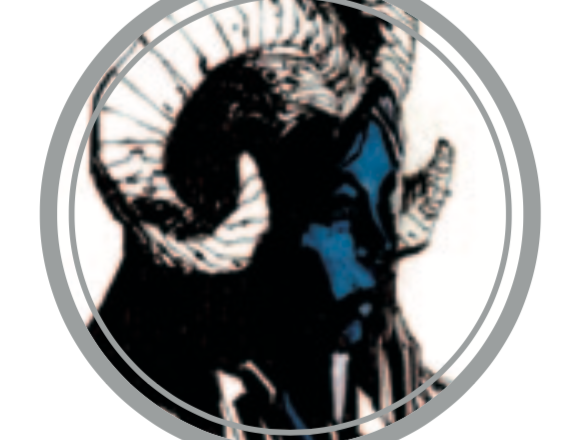 In a nondescript room in the city, the moon throws beams of light onto the north wall. A small group enters, somewhat furtively, through the south door. The halfling gestures to a strong-looking half-elf, who takes a painting out of the wall and hangs it for the group to look at. Neither the ranger nor the noble-looking human seem impressed. Until it moves.

[1] They enter into the room beyond the painting, releasing Ashen Chanterelle who claims to be imprisoned, but immediately after being released, jumps back through the painting into the city, and, by closing the shutters, shuts off access to the world, trapping the party in the Maze.

[173-177] A ghost of a small boy takes them to a series of rooms where a wedding appears to have been violently interrupted many centuries back, leaving only ghosts to wander the rooms — one of them a malevolent undead possessing the same body as the ghost-boy.

[4] Backtracking to an Escher-like staircase, the party meet a group calling themselves the Bondye Reparatè — strong, athletic youths dressed in robes and wearing stylized masks. The masks are all individual but always portray the features of plain, almost ugly, women. The Bondye Reparatè offered to repair broken items, gave the group some food and cigarettes and, after much pressing for questions, suggest that they visit Lady Nine-Bones for answers (directions from the Escher stairs: “go west, then north through through two rooms. Take the north-west exit from that room and go through the next room, turn right and you’ll be there presently”). The Repartè give the paladin a mask to wear, because he is too good-looking and they are worried that “important and dangerous women” might fall in love with him, which they clearly believe would be catastrophic.

[2] Starting on that journey, the group goes west and meets Lady Crucem Capilli, who casually informs them that she is here to free her father, an arch-demon, but is no hurry, preferring to collect some art from he maze before she destroys it. The party have been charged with bringing her some worthwhile art, for which she promises to pay well.